LBMA accreditation is given only to those companies which meet the Association’s stringent assaying and bar quality criteria, as well as its responsible gold and net tangible asset requirements. Appointment to such an exclusive list is testament to ABC Refinery’s ability to refine and produce gold products to LBMA level, universally regarded as the highest standard.

“ABC Refinery is delighted to be recognised amongst LBMA’s exclusive list of the world’s leading gold refiners. Australia is the second largest producer of gold globally and the addition of ABC Refinery to the LBMA good delivery list for gold gives primary producers in the region the benefit of choice."

“As a wholly privately owned Australian business, LBMA accreditation is an important milestone not only for ABC Refinery but also the broader Pallion group which is a real Australian manufacturing success story.”

ABC Refinery’s success in adhering to the LBMA standard was further commemorated with mention about how ABC Refinery manages to be successful in a competitive refining global environment at the LBMA Conference, held in Shenzhen this October. Also discussed was the explanation of how the growth of ABC Refinery is being led by the increase in demand from the Pallion group of companies. 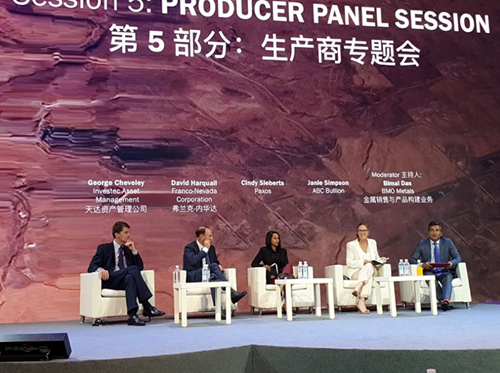 The path to gaining accreditation is far from simple, ABC Refinery had to satisfy the LBMA of its ownership, history, production capability and financial standing. ABC Refinery also had to pass the LBMA’s exhaustive technical testing procedures, under which ABC Refinery’s ABC Bullion gold bars were examined and assayed by independent referees and its own assaying capabilities were tested.

Pallion Group company, ABC Refinery, adheres to the highest standard of operation and has been acknowledge by various accreditation bodies worldwide. Such bodies include but are not limited to the Shanghai Gold Exchange and National Association of Testing Authorities.

For more information on accreditation awarded to Pallion Group companies, such as ABC Refinery, please visit the ABC Refinery website.