ABC Bullion has been appointed the Official Precious Metals Partner and Trophy Supplier of the ATP Cup. The ATP Cup is staged in partnership with Tennis Australia and will begin its inaugural competition in Sydney from January 3 to 12. 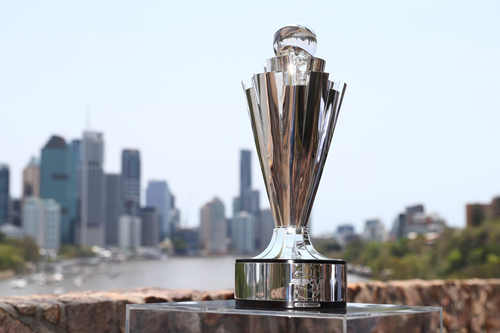 The new ATP Cup bespoke trophy design is both a tribute to tennis’ past and a celebration of its future.

The traditional trophy shape is a nod to the history of the sport and its contemporary blades are symbolic of the ATP Cup’s innovation and new format. The symmetrical design consists of 24 blades that represent the 24 participating countries. Three sections of blades interlock into each other and encompass a silver stem that holds a uniquely crafted glass globe adorned with silver caps.

The globe appears in the shape of the two hemispheres of a tennis ball and also represents the ATP Cup’s global reach.

ATP Cup Director Tom Larner said the cup is a highly sought-after piece of silverware. “The ATP Cup has attracted the best male players from the world’s top 24 countries, and this is the trophy they’ll be playing for,” Larner said. “Players have embraced this new team competition and we can’t think of a better way to kick start the Australian summer of tennis.” 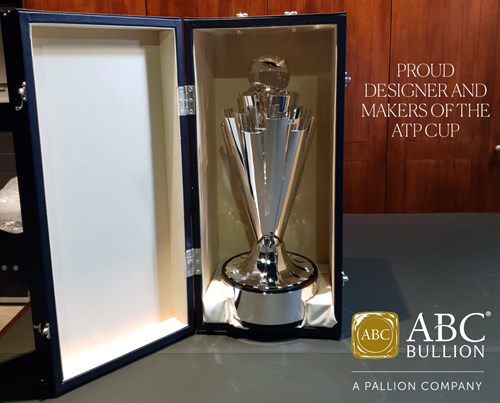 The trophy’s wooden base is hand made from native Banksia hardwood and is finished with natural materials to create a darkened surface finish.

“With Australia hosting the inaugural ATP Cup it is only appropriate the trophy is made in Australia and from Australian silver,” Darren May of ABC Bullion said. “It has been a true team effort to produce this team’s trophy in Australia – from the local miners, to the designers, fabricators and refinery workers.”

We are also the proud manufacturer of the runner up trophy and medallions for the Final Eight.

The ATP Cup will tour the country, travelling to Perth next before heading to Sydney.

About the ATP Cup
The ATP Cup is an annual 24-country team competition featuring AUD $22 million prize money and a maximum of 750 singles and 250 doubles ATP Rankings points. The ATP Cup is staged in partnership with Tennis Australia. The ATP Cup will begin the new season and in 2020 will run from 3 to 12 January. The tournament will be played over six days in Brisbane, Perth and Sydney. The eight surviving teams will advance to the Final Eight in Sydney.

All tickets including hospitality, packages and single-session tickets are on sale. Tickets via www.ATPCup.com.